René stopped, set down his file and took off his apron. Calling out, “Coming, M. Aucoc,” he grabbed his coat and hat, put them on, and hurried towards the three gentlemen waiting for him at the door.

Aucoc’s son, Louis, closed and locked the door. “René, you are learning quickly and are so productive. Don’t you agree, Father?”

The older man nodded perfunctorily. “Shall we take a carriage?” René smiled to himself. He knew Louis Aine was not one to lavish praise.

“It’s a beautiful May day,” replied Louis. “It will take us some time, but I feel like walking.” Louis grinned at his father. “Do you have the tickets?”

“Didn’t the doctor say walking would be good for your knees?” Louis chided his father. “We’ll get a cab back.”

René exchanged a grin with André, Louis’s younger brother, as they followed the two older men. They were headed to the 1876 Paris Salon Exhibition, housed in the Palais des Champs-Elysées. Louis Aine was a silversmith as well as a fabricator of expensive traveling cases for the wealthy. Eventually, his oldest son took over the business and focused more on goldsmithing. Louis had produced finely crafted jewels that soon drew French royalty including Empress Eugenie.

Louis had been looking to expand and take on a protégé. Then Rene’s father, Auguste, had died suddenly the previous summer and Louis decided to adopt René. This unexpected change of fortune brought René to his current situation of being apprenticed at sixteen to a goldsmith who catered to the rich and famous. He and André, four years older, had become friends.

Louis was a leader in the art and jewelry community due to his elite connections. Popular, wealthy, and intelligent, he kept abreast of Parisian style and served on influential boards. Clever himself, René was aware that his foster father had wisdom to impart in the ways of the business world. When Louis talked, his young ward listened.

“Can you believe there were four thousand entries this year?” Louis asked his father.

“Most of it was garbage,” Louis Aine responded in a surly tone.

“Are you talking about the Impressionists?”

“The Academie des Beaux-Arts must consider all art, Father, not just the classical. Besides, the young artists bring a fresh viewpoint.” Louis turned back and looked at René. “Isn’t that right, René?” He winked.

Louis Aine just harrumphed and said nothing as they continued walking. His son resumed talking. “Did you read Émile Zola’s scathing art review regarding Georges Clairin’s portrait of Mlle. Bernhardt? He said Sarah’s serpentine pose was physically impossible and she doesn’t have a pretty face. He commented that Clairin only rendered her vulgar sensuality and eroticism.” Louis turned again and grinned widely at the young men behind him. “Only a lover can portray such intimacy.” René chuckled because he knew, as the rest of Paris did, that Clairin had briefly been Sarah Bernhardt’s lover as well as an ardent admirer of the actress and in her private circle of friends.

André piped in. “I read that Clairin’s portrait was one of the most prominent of the Salon. Its composition was original and had splendid color.”

Louis nodded. “Mlle. Bernhardt has made quite an impression this year on stage and in art. There are two portraits of her in the Salon. One done by a woman and one by a man. Speculation is that both are her lovers.”

At this remark, René elbowed André and they exchanged another grin.

Louis Aine snorted and shook his head. “She provides endless fodder for gossip with her flamboyant theater performances and all her lovers… And I hear that she wears pants. What is the world coming to?”

“I think Divine Sarah is sexy,” said André, “a femme fatale on and off stage. A Parisian goddess. I can’t wait to see the painting.” René nodded in agreement.

“Well, we shall see, won’t we?” Louis Aine said with finality.

A carriage rattled by in the street, drowning out most of whatever Louis was saying to his father about the Third Republic’s corruption. Not interested in politics, René stopped listening. André slowed his pace a little and René fell back beside him.

“We should go out this weekend,” André said. “I never did celebrate my birthday properly this year. There is a particular cabaret that I would like to go to in Montmartre.”

“Will they let me in?” René asked.

“Your mustache makes you look older. And,” André smirked, “your pretty friend Claudette likes it.” He motioned towards the mustache as if he were going to pull on it. René drew back his head, but gave his companion a wry smile.

André laughed. “Don’t worry. I’ll buy and you can pay me back. Besides, I have friends.”

They walked on in silence, which gave René the chance to contemplate all that had happened in the last year. After he had accepted the position with the Aucocs, he had been enrolled in Ecole des Arts Décoratifs, the School of Decorative Arts, to further his education in art and design. He enjoyed his classes, although some of the professors were boring. Much like the Aucocs, they preferred tradition over innovation. René had other ideas. He aspired to be inventive and experimental and to create jewelry with a variety of materials rather than rehashing old techniques and concepts. To him, it wasn’t work, it was play. If he didn’t enjoy what he was doing, he did not stay at it long. But he knew that the art schools had a huge impact and influence on young artists’ métiers. Those who did not conform to expectations were not as likely to be selected by committees, win awards, or even be noticed by the public. To succeed with originality, he would have to produce something phenomenal. His work was cut out for him.

Soon the group came to the end of the street and turned onto Place Vendôme. As they walked through the large square, René imagined his future. He would be a well-known bijoutier like his benefactor. But not just in France. The world. My jewelry will be works of art, worn by royals and others. Perhaps displayed for all to see in museums. He smiled inwardly at his grandiose dreams. René glanced up at the imposing façade of a building and then at the window fronts of the expensive retail shops as they passed by. Someday, I will be rich and famous. I will have a store here. 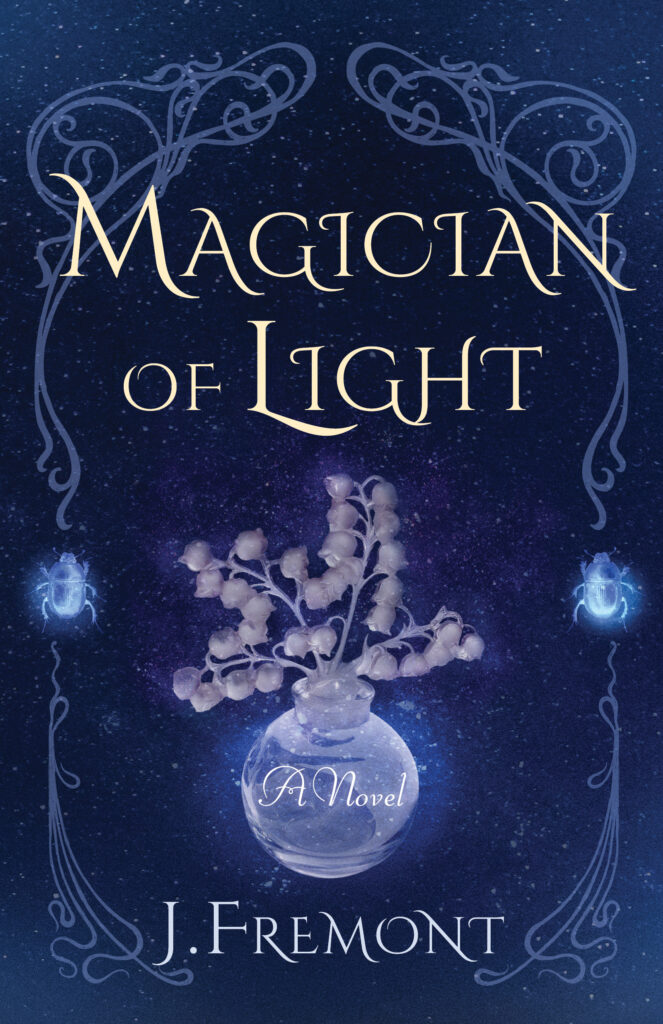